Paul Gauguin was a visionary for his time ♥ I think the only thing he loved more than painting was women. He adored painting women.
Like so many of the late great painters in history, Gauguin’s work was not fully appreciated until after he died. I think it took the world some time to catch up to the extreme beauty he was able to capture and share. As a French post-Impressionist artist, Gauguin was experimental with his use of colour which only became more prominent and obvious when he moved to French Polynesia. His electric landscapes and nude women leap off the canvas. He was liberated living in the tropics… abandoning his family and taking young lovers (some as young as 13). He eventually succumbed to symptoms of cardiac syphilis and apparently he accidentally overdosed on laudanum, dying in the Marquesas Islands in 1903. After his death, many of his letters and drawings were burnt as they were considered pornographic… this has lead to a gap in the knowledge of his later years. We are left to imagine the hedonistic life he must have had in paradise. 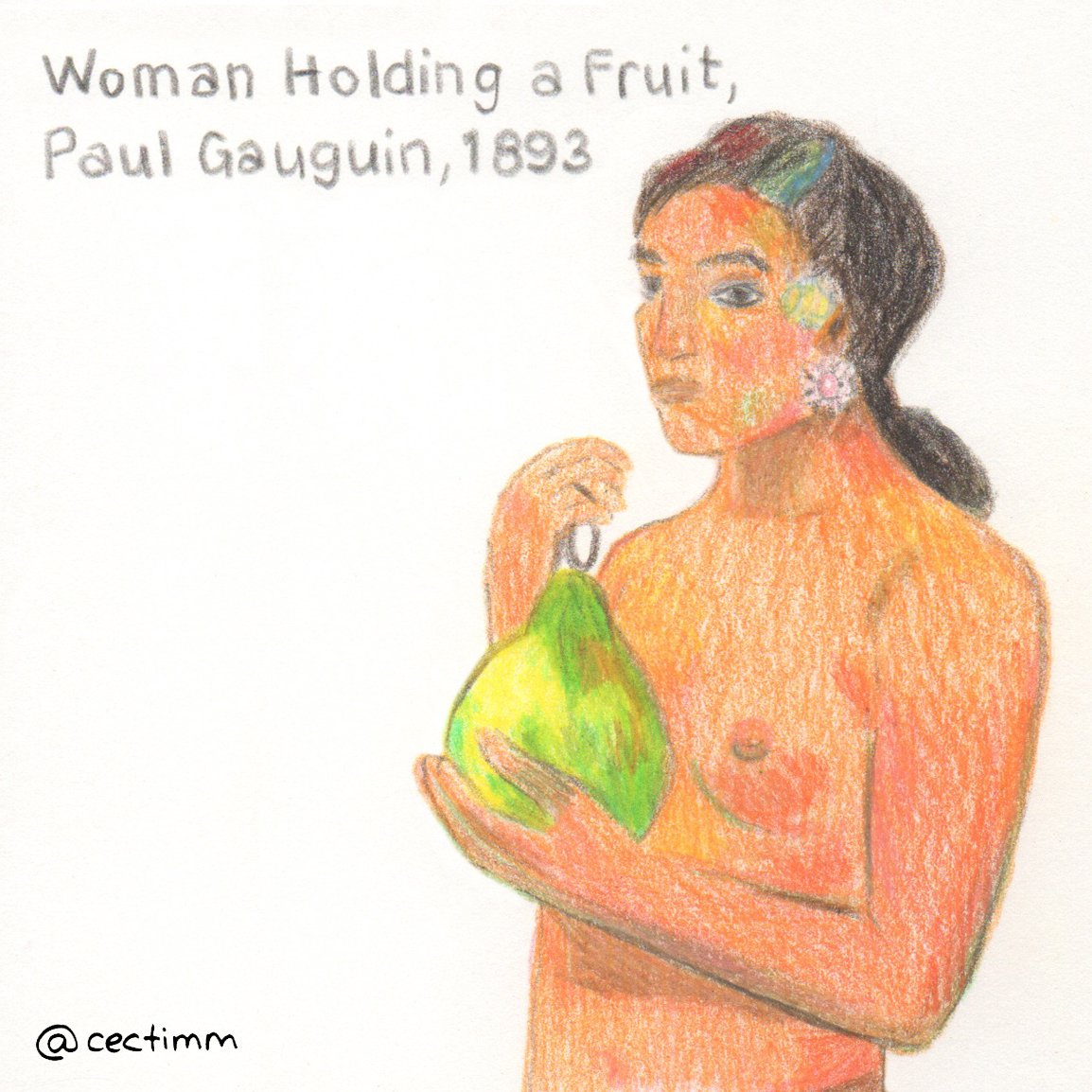