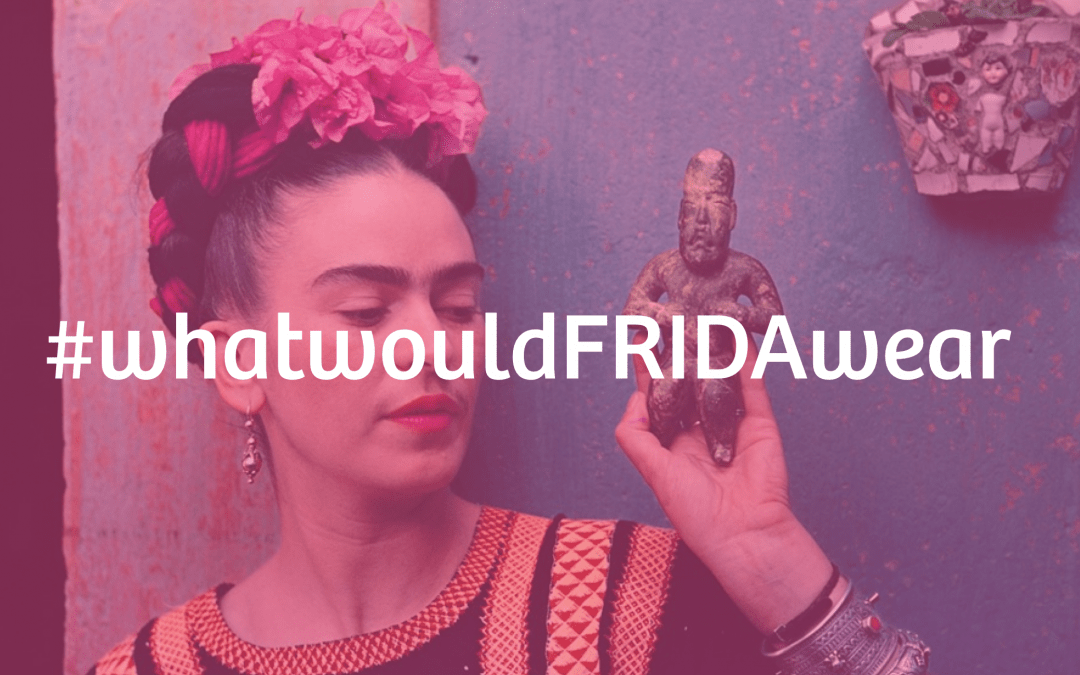 When Frida was 18 years old she was riding the bus with her boyfriend Alejandro when it was hit by a sidecar. Several people on the bus were killed and Frida was impaled suffering horrible injuries including broken legs, a smashed pelvis and broken collarbone. After spending a month in hospital and two more months recovering at home, Frida still had terrible back pain and fatigue prompting doctors to take further x-rays. They discovered that three of her vertebra had been displaced. She was confined to bed for three months and was fitted with a plaster corset. Frida’s dream of becoming a doctor was now dead and instead, she decided to become a medical illustrator… this set her on the path to art. She turned her creativity onto the casts themselves decorating them with strips of fabric, paint and mirrors ♥ This corset is decorated with the hammer and sickle representing the ideals of communism and a growing fetus, the child she deeply longed for but would never have 🙁 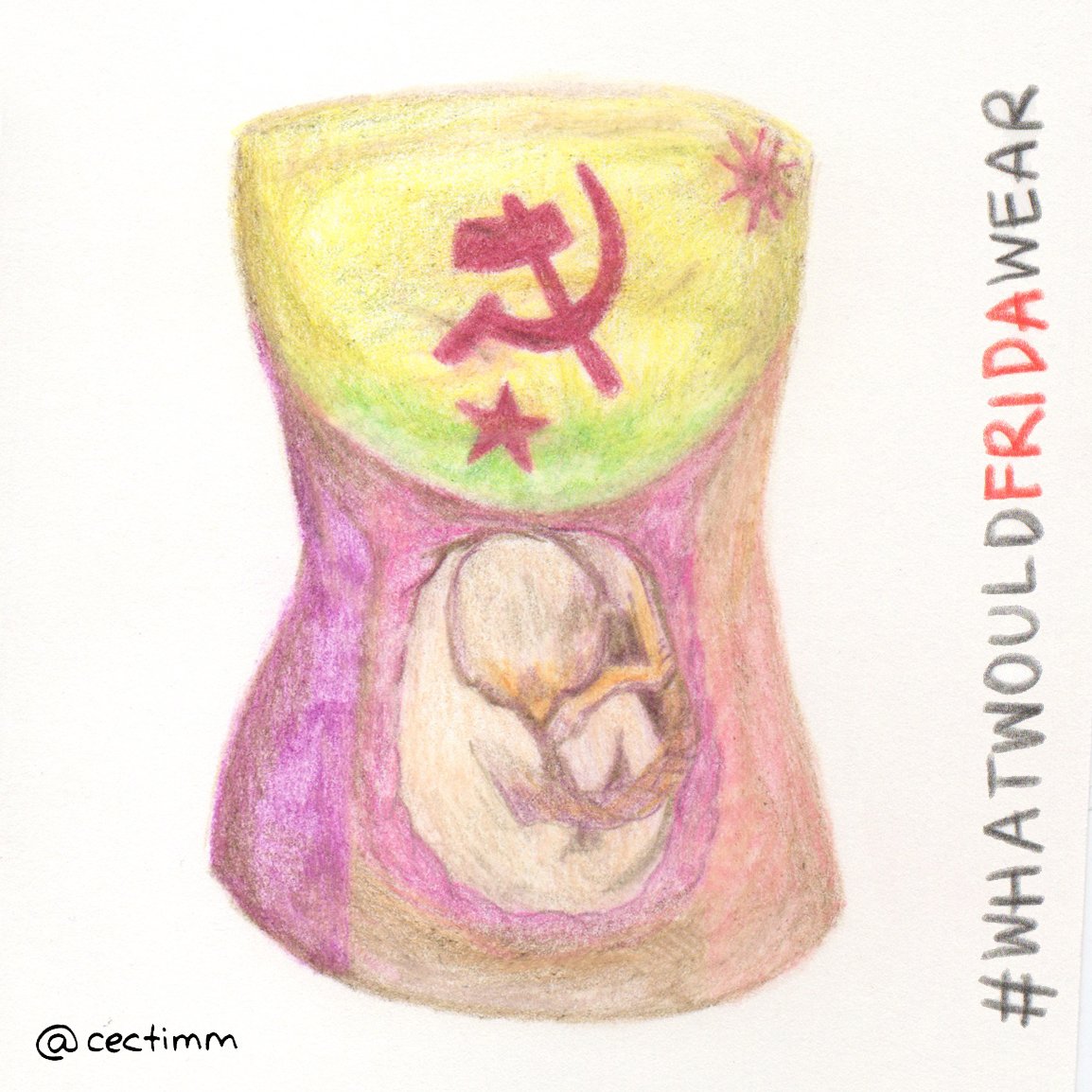