To my delight The Breakfast Club by The Breakfast Club was released in 1987 ♥ Thirteen year old Cecilia thought this album was the coolest ever. The band formed in New York in 1979 and went through many members. At one point a very young Madonna was their drummer… this was my introduction Madonna and I instantly fell in love with her style and killer dance moves. The band eventually let her sing a few songs and she almost instantly grew outgrew the band and went in to become Madonna the juggernaut. My favourite track by The Breakfast Club has always been Right Track and it was track 2 on this album. To this day when that song comes on I can’t help but spin around and sing along just like Madonna would have but she did it in a cute little hat with cropped platinum hair… her version will always be infinantly cuter than mine. The album artwork for The Breakfast Club was in line with the bands 50’s asthtetic. I don’t really see what this image has to do with any of the songs but it was the 80’s! 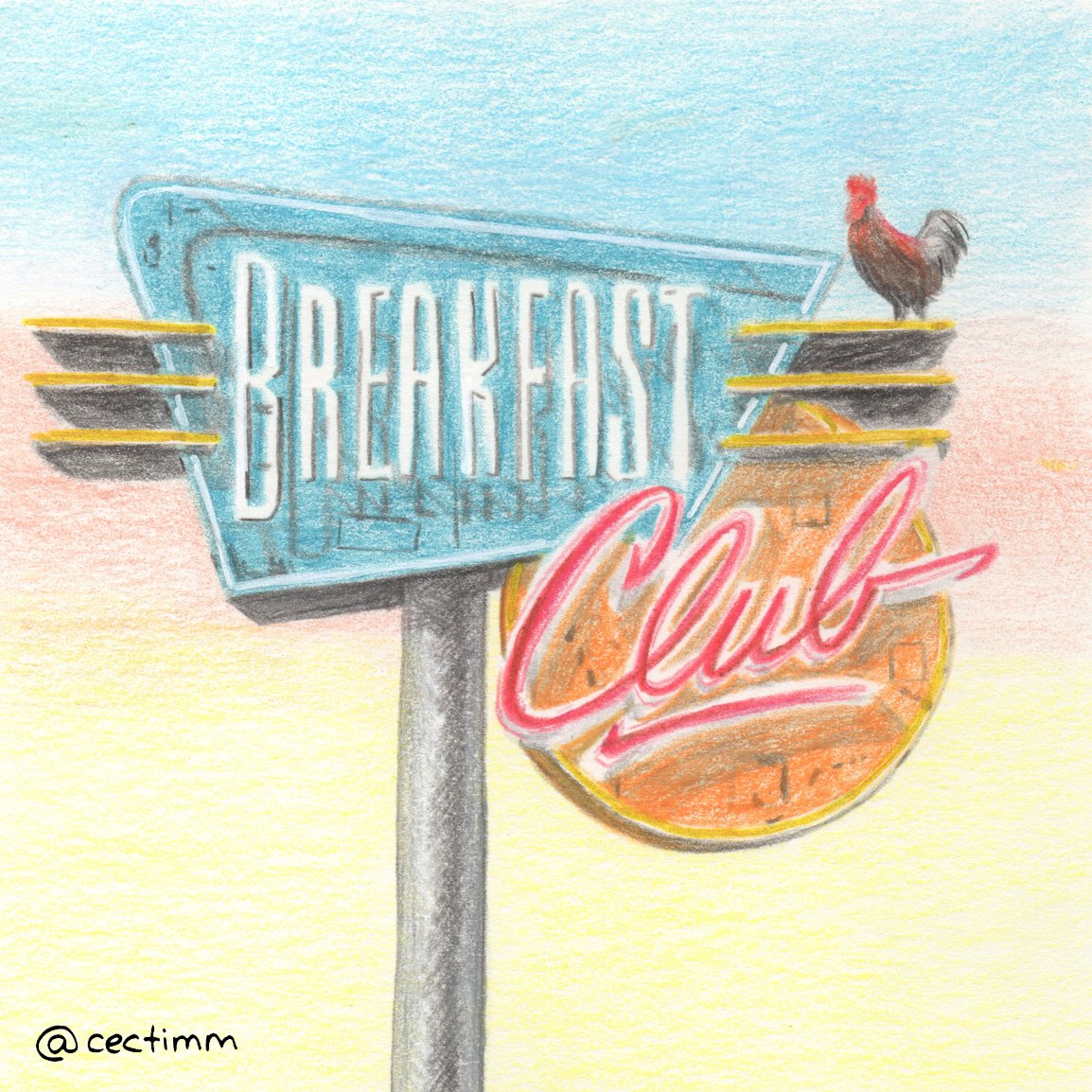