Graceland was the 7th solo album for Paul Simon, a great Amercian musician who was originally the Simon half of Simon & Garfunkle (a band I love for their use of the name Cecilia in popular music). Graceland was released in 1986 and was a commercial success. He had had some personal and commercial troubles including a marriage breakdown and during a period of depression, he became obsessed with a bootleg cassette of South African township music. He visited Johannesburg and recorded with a bunch of African musicians. This album was a huge hit when I was a kid and with songs like Graceland, Diamonds on the soles of her shoes and You can call me Al is it any wonder it is now a classic ♥ It won the 1987 Grammy Award for Album of the Year and often appears in best album lists. 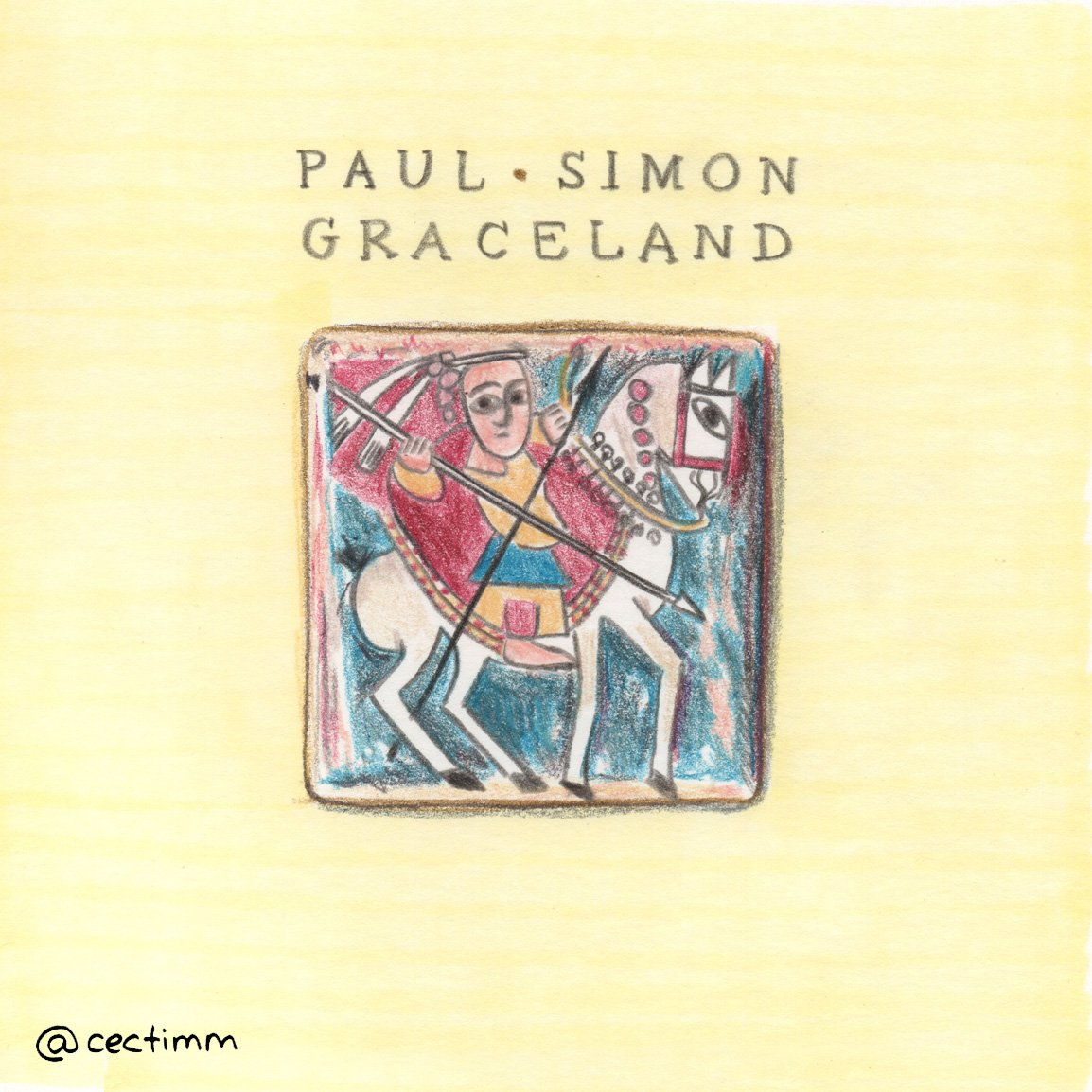