innovations in science and technology 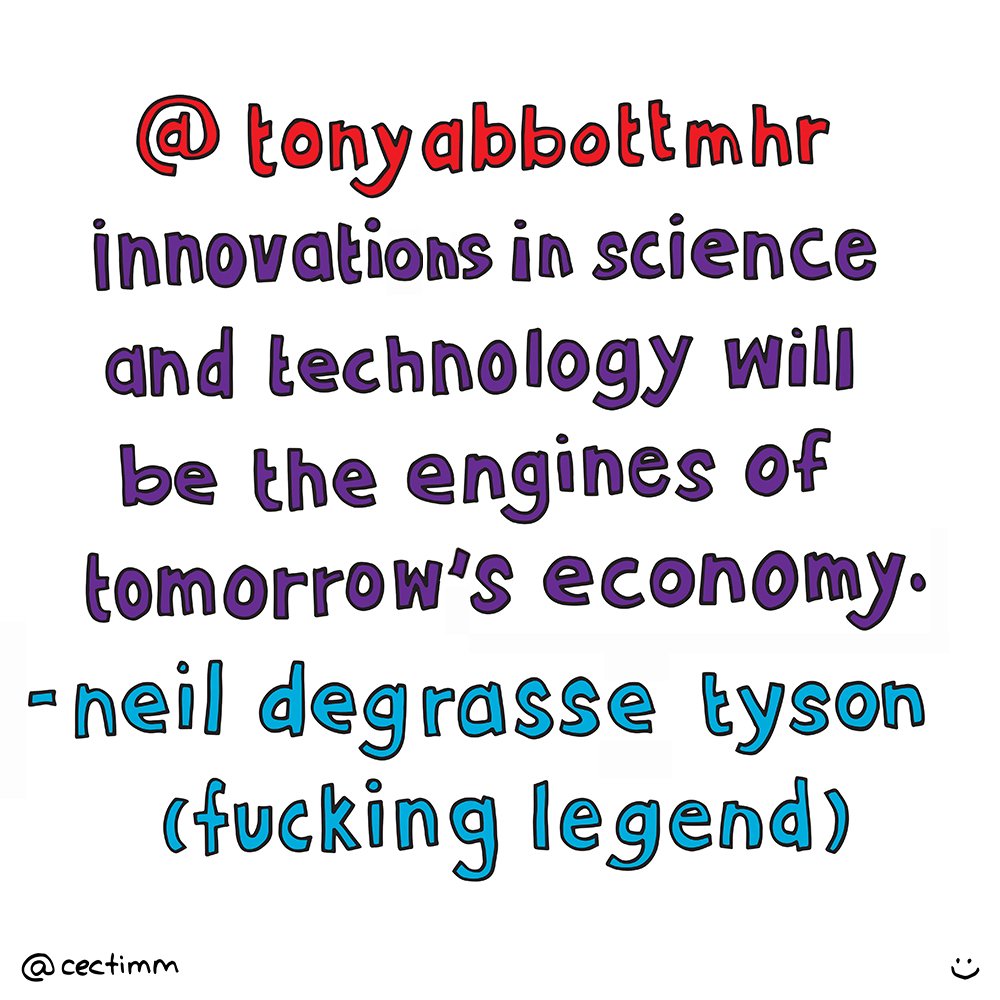 Neil DeGrasse Tyson is a super star of modern science and with his recent trip to Oz he has been gracing our TV screens all week. Yay! He was on QandA at the beginning of the week and The Project at the end of the week.

This is why I love science… “Science works on the frontier between knowledge and ignorance. We’re not afraid to admit what we don’t know. There’s no shame in that. The only shame is to pretend that we have all the answers.” – Neil in his ground breaking show Cosmos.

On the project he threw out another great quote… “Innovations in science and technology will be the engines of tomorrow’s economy.” If only our politicians had such vision. Australia is such an innovative country with great minds but not enough funding. It’s sad because the great minds have to go overseas to complete their work, taking the profits with them.

If only our pollies were able to see the value that science and technology could bring to our future economy but they can’t see past the next election. Instead they cherry pick the science that suits their agenda… maybe we need more scientists in parliament house.

Here is his answer to the question “How do scientists prevent scientific ideas becoming politically partisan?”
[youtube id=”DMwFjOsbLp8″ maxwidth=”1000″]

Neil Degrasse Tyson, you are a fucking legend!