In the 1990’s Oprah started talking about poo. The subject was breached by Dr Oz when he started out on her show and at the time it was quite revolutionary. They talked about size, texture, colour, regularity and most surprisingly shape. They went on and on about C and S shaped poo. This was the holy grail of a healthy gut, body and lifestyle.

After watching Oprah’s revelatory poo discussion, I began checking my bowl for letters of the alphabet and was super disappointed that I could not see letters of any kind. Over the last 20 years I periodically checked my toilet bowl with anticipation and optimism, hoping I might have finally cracked the poo code.

Flash forward to a recent overseas holiday to Hawaii – I had never been to the United States before. Despite having been warned about the high level of water in American toilet bowls, I was still surprised by just HOW MUCH WATER there actually was. It was so high that I was scared of accidentally rinsing my hands in toilet water (thankfully I never did). 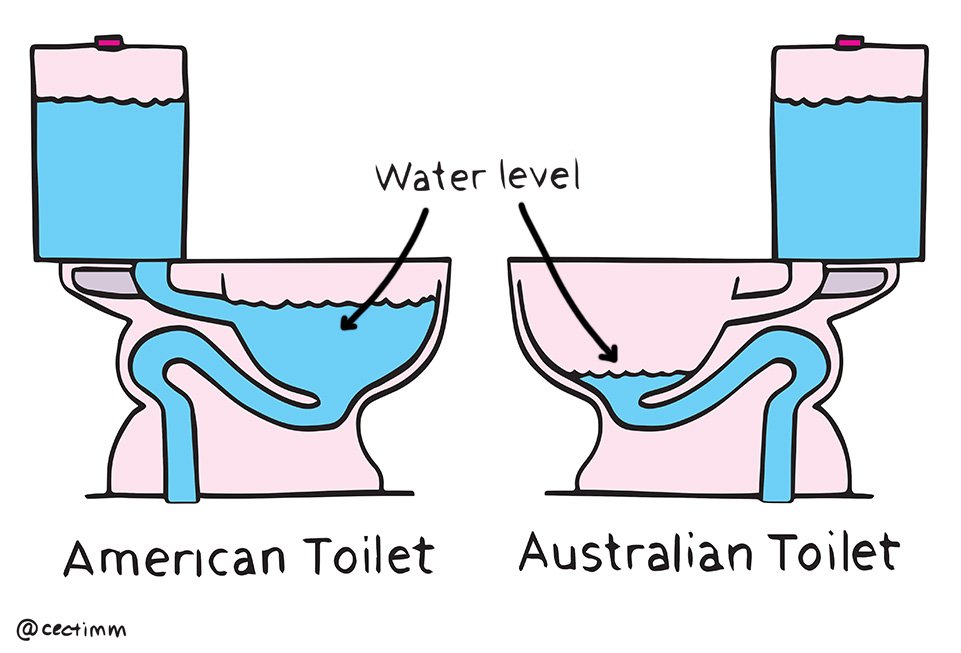 It wasn’t until my first number 2 in an American toilet that I finally (after 20 years) understood what Oprah was going on about. I had no chance of fulfilling my dreams of finding a C or even better and S shaped poo in my toilet bowl at home. There simply wasn’t enough water to allow a full display of my good works.

Not only did I have a great holiday in Hawaii, I got to fulfil my biggest poo goal – on a daily basis 🙂

VIVA POO and as Chris Hardwick’s father used to say, “Any day you can take a shit is a good day”. Here’s hoping your day, and your poo, are good today 😛