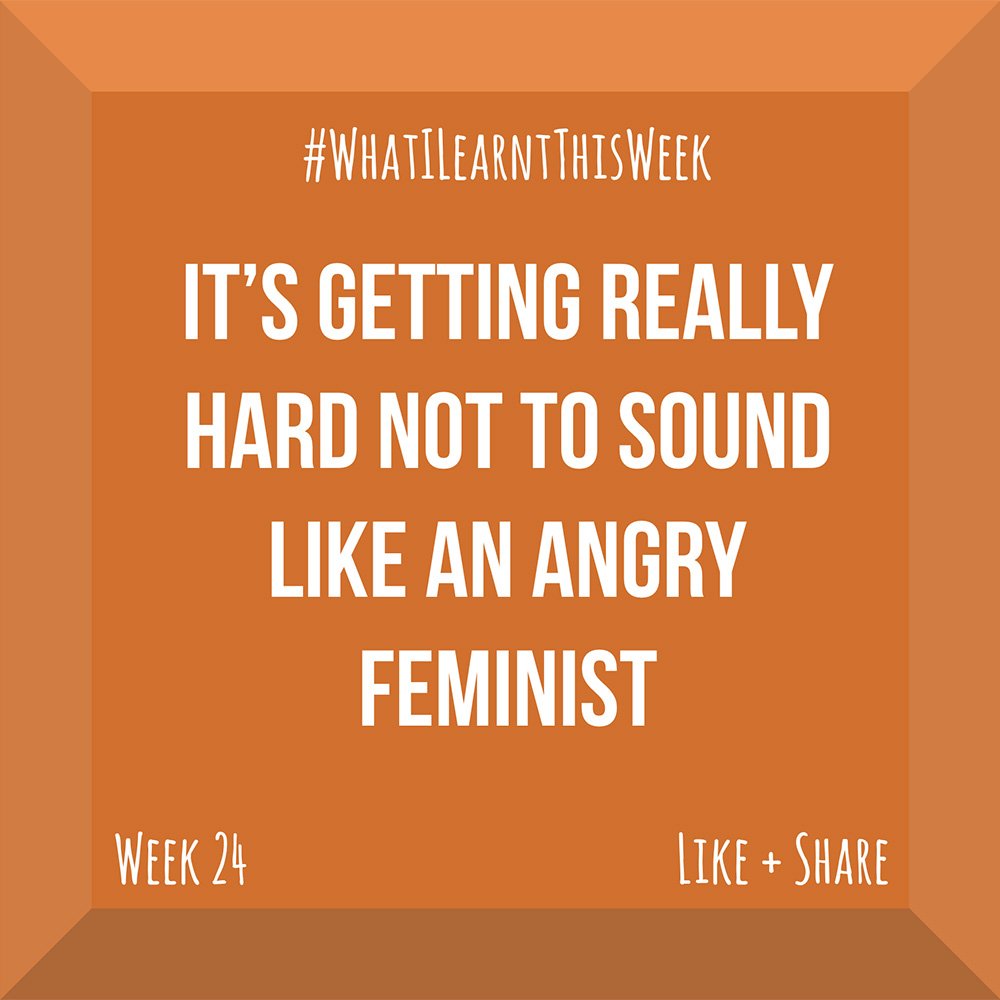 Most people who know me, know that I’m a feminist. I was born that way.

Feminism has recently had a bit of a resurgence and I’m glad for the discussion and increase in awareness. However, I am weary of the discussion. Why is it we still have to fight for equal rights. For fucks sake, it’s 2017 already. Haven’t people realised that regardless of gender or race that we are not the same but we certainly are equal. How are we still even talking about this?

You could have knocked me over with a feather. For fucks sakes… can we please stop equating equal rights with man hating. Why is that me wanting to be granted the same rights, opportunities and safety as a man mean than I hate men? I LOVE MEN. Seriously just shut the fuck up already.

Just the other week I was at the art gallery and a sweet old man started up a conversation. Through his thick old man white bushy beard, he asked me a question about Margaret Preston and I made the statement that it was sad that she was considered a crafter rather than a full-blown artist while she was alive because she was a woman and he said, “for god’s sake, don’t tell me you’re one of those”. He went on to tell me that I was a silly little girl and that he doesn’t understand why women complain so much. Do we really have it so bad?

I actually felt sorry for him. What a sad little man. Does he not have a wife, a sister or daughters?

Anyone who is not treated as an equal regardless of why (gender, race, socioeconomic issues) should feel hard done by. Why should I be content with getting paid less because I have a little bit more DNA that a bloke (XY vs XX)? A woman getting equal pay does not belittle men… unless a man is so small and fragile that he needs more money to feel like a big boy.

It’s hard to believe that this topic is still up for discussion. Enough already. Let’s just respect each other and treat everyone in a manner we would like to be treated. Problem solved 😡