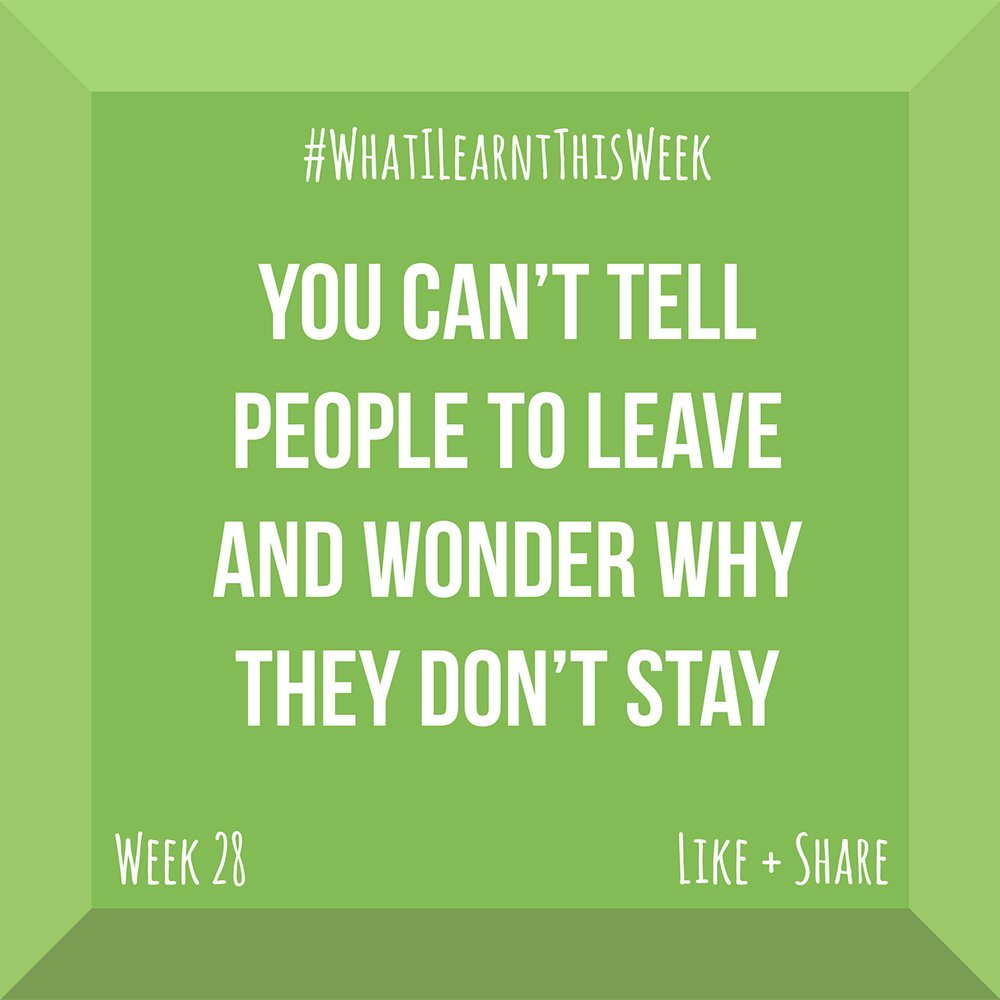 I always find it hilarious in movies when a character tells someone to leave only to be devastated when they go. What did they expect would happen?

This seems to be a common phenomenon on the screen… and in real life.

Is it because they overestimate their own importance in the other person’s life and can’t believe they would ever leave them? Is it because they’re afraid of letting someone get close enough to them to see their flaws/weaknesses?

It’s not just a poorly advised ultimatum that I am thinking of. It’s the behaviour of pushing someone away for some unknown reason. I’ve seen this in so many people – including myself at times. It can be done as a test to see if this person really wants to be with you or a fear of letting someone get too close. Whatever the reason, the result is often the same… the person will eventually walk away.

While that is to be expected… the pusher is almost always surprised that their tactics to be alone actually worked. It’s a strange human phenomenon and I’m not sure that many people are even aware that they’re doing it.

So, remember that while you cannot control the decisions someone else makes, however you can influence them heavily. If you are alone wondering why no one sticks around… ask yourself if you are pushing people away. While we all strive to be tough and resilient, we don’t have to be so tough that we end up all alone. Remember the role you play in your relationships and don’t make promises or demands that will hurt you if and when they come true.