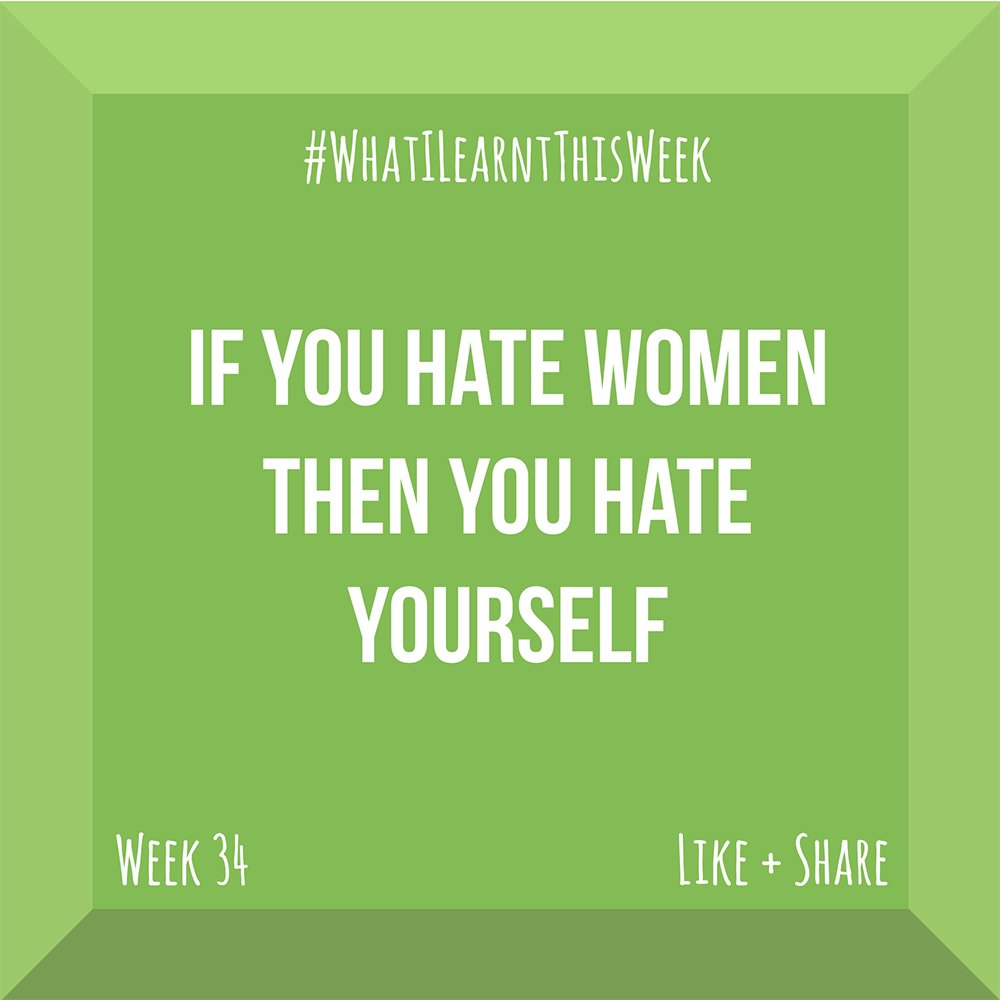 There are some people out there who really hate women. I really don’t understand this – perhaps that’s because I am one. Sometimes it is cultural and sometimes it’s just that someone is a complete dick. But whatever the reason it’s just downright baffling.

Every living and breathing human being on this earth was built in and came out of a woman’s body. Just think about that for a moment. Women are capable of making people…  like a whole person. It’s mind-blowing and it’s something we take completely for granted. Yet women are considered the weaker sex.

If you hate women, you need to take a long hard look at yourself in the mirror and wonder why you hate yourself. Work on that and then start treating women with the respect and care they have always deserved*.