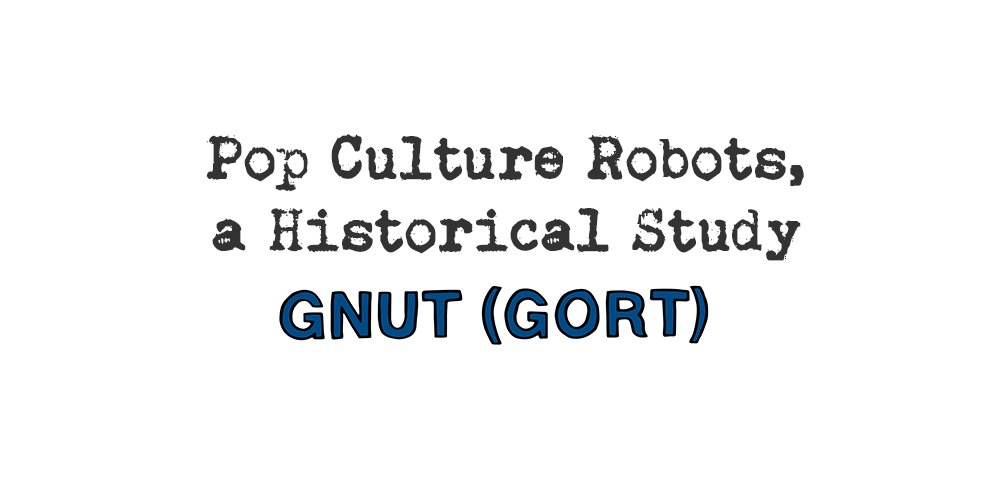 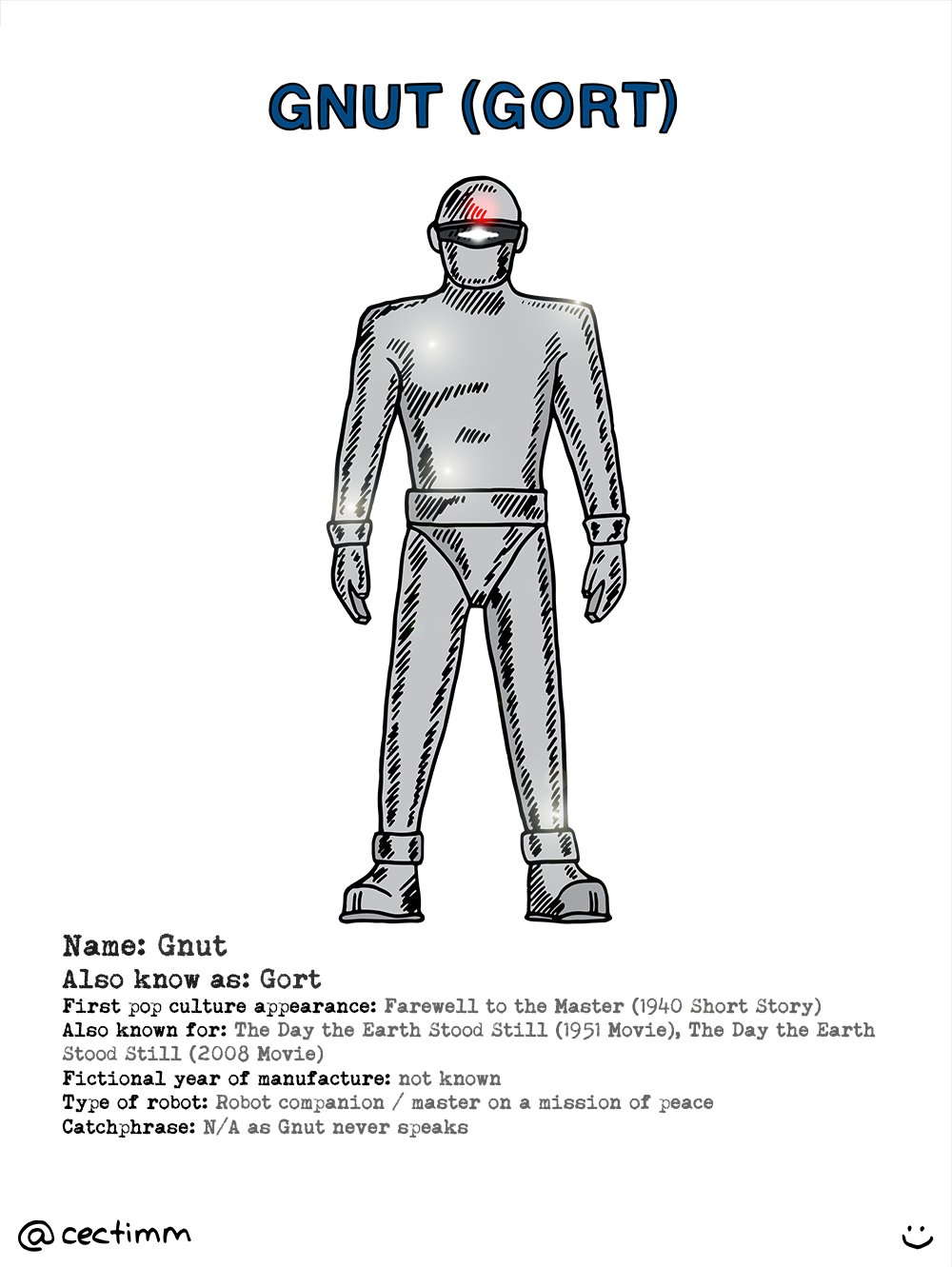 Gnut first appeared in Farewell to the Master, a science fiction short story written by Harry Bates and published in the October 1940 issue of Astounding Science Fiction. The story was then made into a film called The Day The Earth Stood still (1951) and Gnut’s name was changed to Gort. This giant killer humanoid robot is a bodyguard for a mysterious alien call Klaatu (a humanoid alien ambassador of peace). Here is the deliciously kitsch movie trailer…
[youtube id=”OfpSXI8_UpY” maxwidth=”1000″]

Gort does not speak but he can pulverise anything with his awesome laser beam that shoots from his visor. He is made from one sheet of metal and stands over 8 feet tall. Even in black and white Gort was an intimidating character. He is part of an interstellar police force trying to preserve peace by destroying anything he perceives as a threat.

“In matters of aggression, we have given them absolute power over us. This power cannot be revoked. At the first sign of violence, they act automatically against the aggressor.” – Klaatu

Klaatu comes to earth on a mission of peace but is confronted by humanities tendency to panic when facing the unknown. While Gort never speaks, his mission of destruction destruction is halted the words “Klaatu barada nikto“. This phrase was never translated and it’s true meaning remains a mystery.

The 2008 remake staring Keanu Reeves and Jennifer Connelly is a much more polished big blockbuster affair but it lacks the examination of the human condition of the original film. Casting Mr Reeves might seem a logical step as his wooden performance might perfectly suit the role of alien but I don’t buy it. I’ll let YouTuber AlternatingLine sum it up for you “do yourself a favour and avoid the remake”. Love his blunt comparison…
[youtube id=”hmFYAmp9yiA” maxwidth=”1000″]

Gort (originally Gnut) is a pioneer in pop culture robotics and is as iconic today as he was in the cold war era. While it’s not official I can see that Gort may have influenced the design of another pop culture robot classic the Cylon… what do you think?