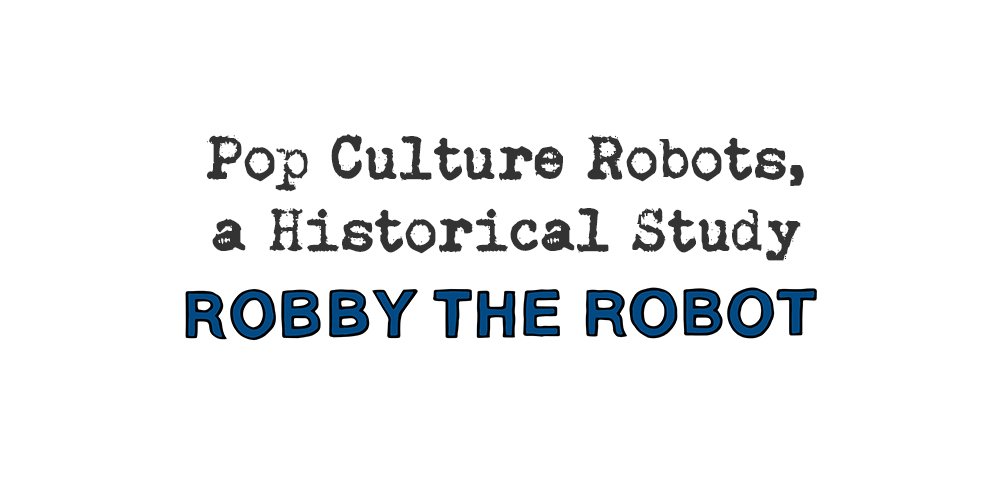 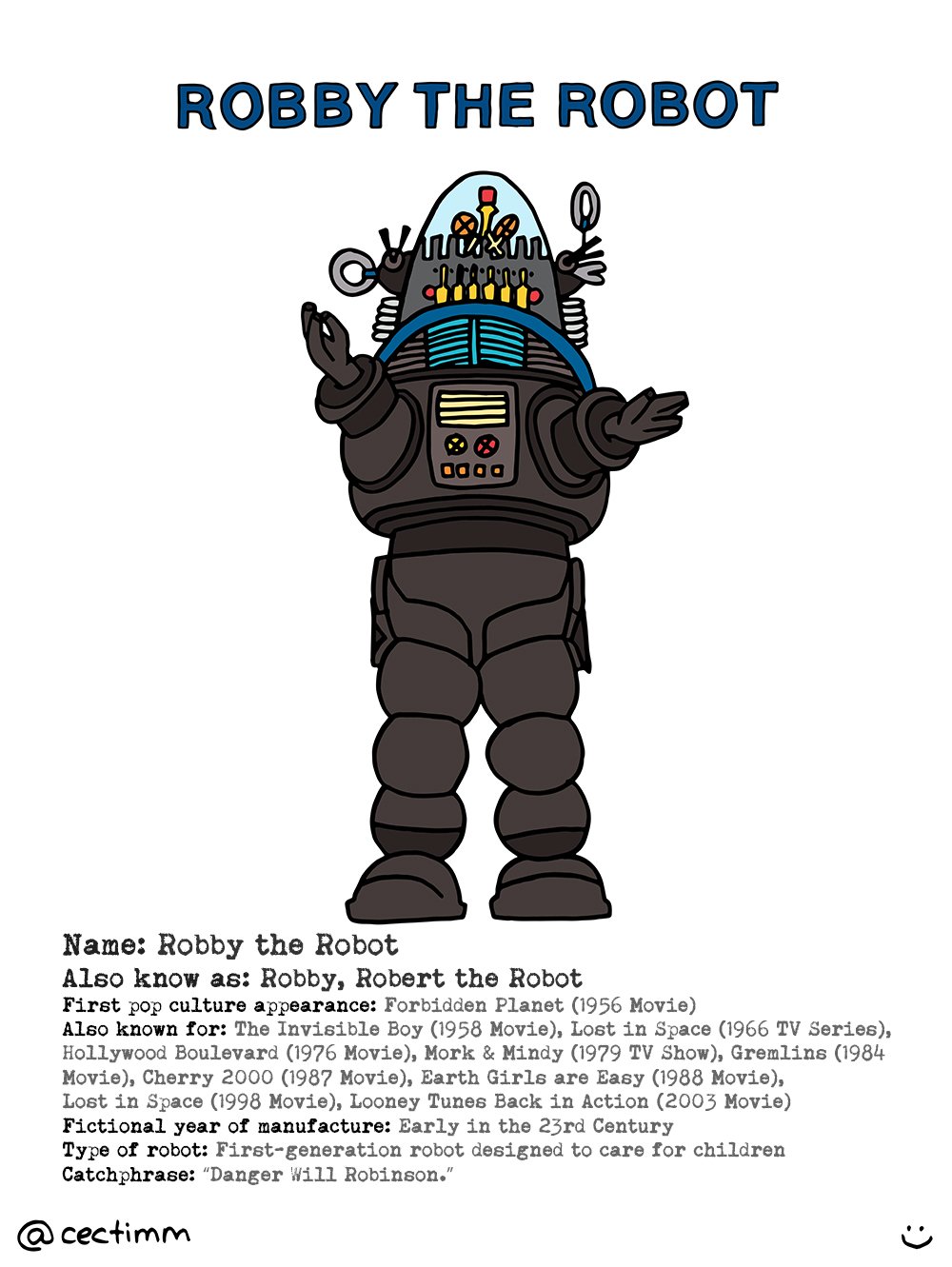 Robby the Robot is a science fiction icon that first appeared in the film Forbidden Planet (1956) and he was one of my favourite childhood robots. I fell in love with him in Lost in Space (1966 TV Series) that was played in high rotation in the 1980’s. Perhaps Lost in Space was the gateway drug for my later life long addiction to SciFi!

Robby was a protective robot and he was anthropomorphic (resembling human form, head, limbs and torso) so we could relate to him. If we were to talk to him we would know where to look and how to interact with him. He is a First-generation robot designed to take care of children and his catch phrase reflects that… “Danger Will Robinson”, he was always looking out for Will Robinson in their wacky space adventures.
[youtube id=”OWwOJlOI1nU” maxwidth=”1000″]

Robert Kinoshita, a Japanese-American engineer, designed Robby the Robot and the original version cost $125,000 to build.

Frankie Darro, a legendary actor who started out as a child star in the silent film era and later became a character actor and voice over artist played Robby the Robot in Forbidden Planet. The actor Marvin Miller added the voice of Robby in postproduction. Here is a picture from 1955 showing how hard it must have been for Frankie Darro to get into costume… 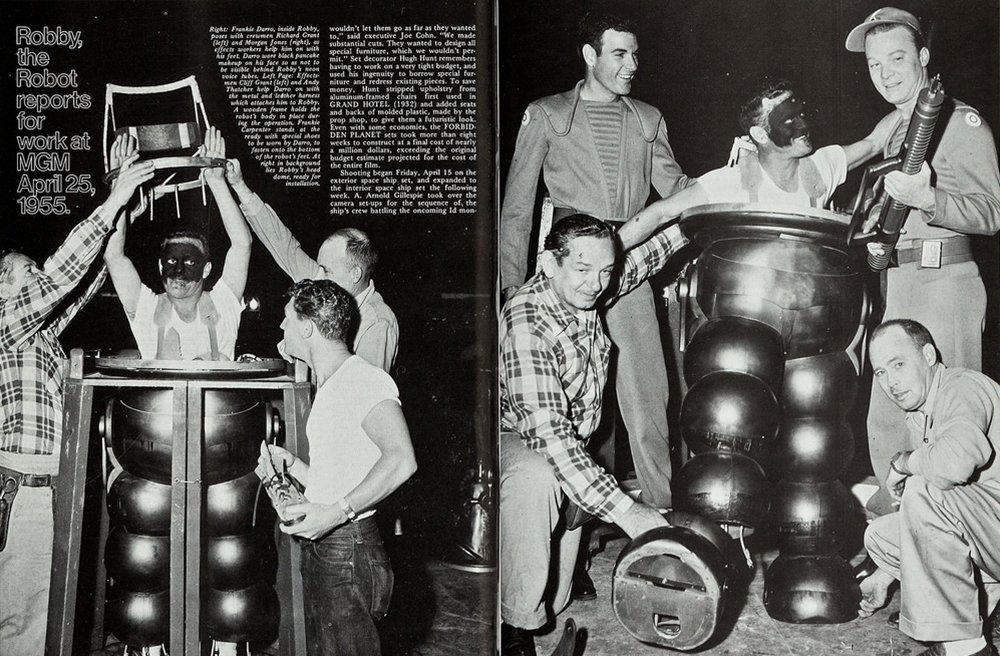 Dick Tufeld voiced Robby the Robot in the 1966 TV Series Lost in Space and he later returned in the Lost in Space film remake in 1998. Starring Matt LeBlanc the film was not a huge success only getting 4.7/10 on Rotten Tomatoes?

Robby the Robot also appeared in a 2006 AT&T advertisement along with Rosie the Robot form The Jetsons, cementing their place in the pop culture psyche of the western world.

Did you know that Robby;
– speaks 188 languages,
– uses Gyroscopic Stabilisers for balance
– is powered by Krell Energy
– is cooled by 44 head Mounted Cooling Fans
– was inducted into the Robot Hall of Fame in 2004

If you want your own Robbie the Robot you can have it for just $32,000. This is a special edition, life-size, fully animatronic remote-controlled version of Robby. A bit out of my price range but for a big fan I guess it’s a good investment. Check it out >>>

Robby was a true trailblazer in the introduction of robots into popular culture. He is as popular now as he was in the 1950’s.