The Termite-Eater: Give humanity a chance… don’t vote for Trump! 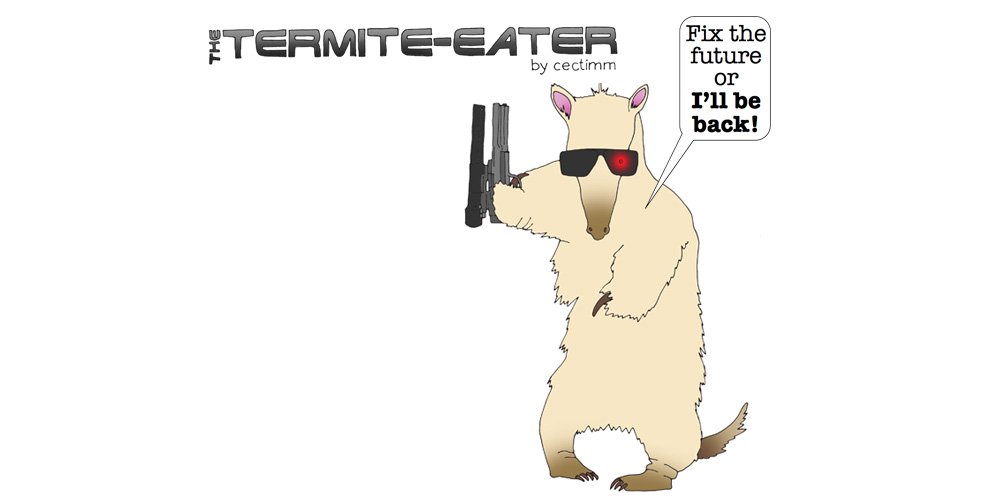 “Nice night for a walk… Listen to me if you want to live.”

The Termite-Eater has come back from the year 2099 to save the planet. Don’t get him confused with that fake movie Terminator… he’s the real deal! In the future the only food sources are ants and termites so the anteaters & termite eaters now rule the world.

Humanity has died out!

Now in his future even the ants + termites are dying… they looked into the past and found the tipping point that turned the world to shit… He’s come back to stop America form making a big mistake.

In the early part of the century humanity became disillusioned by their leaders. Protest voting became popular & the Philippines elected a crazy violent leader… this thirst for change at any cost spread to the USA and led to the rise of an unholy leader… America voted for TRUMP and then the world went to shit!

Give humanity a chance… don’t vote for TRUMP! Trump will terminate the economy and ditch the world into chaos.

Fix the future or the Termite-Eater WILL BE BACK!

The Termite-Eater has spoken… heed his wise words.