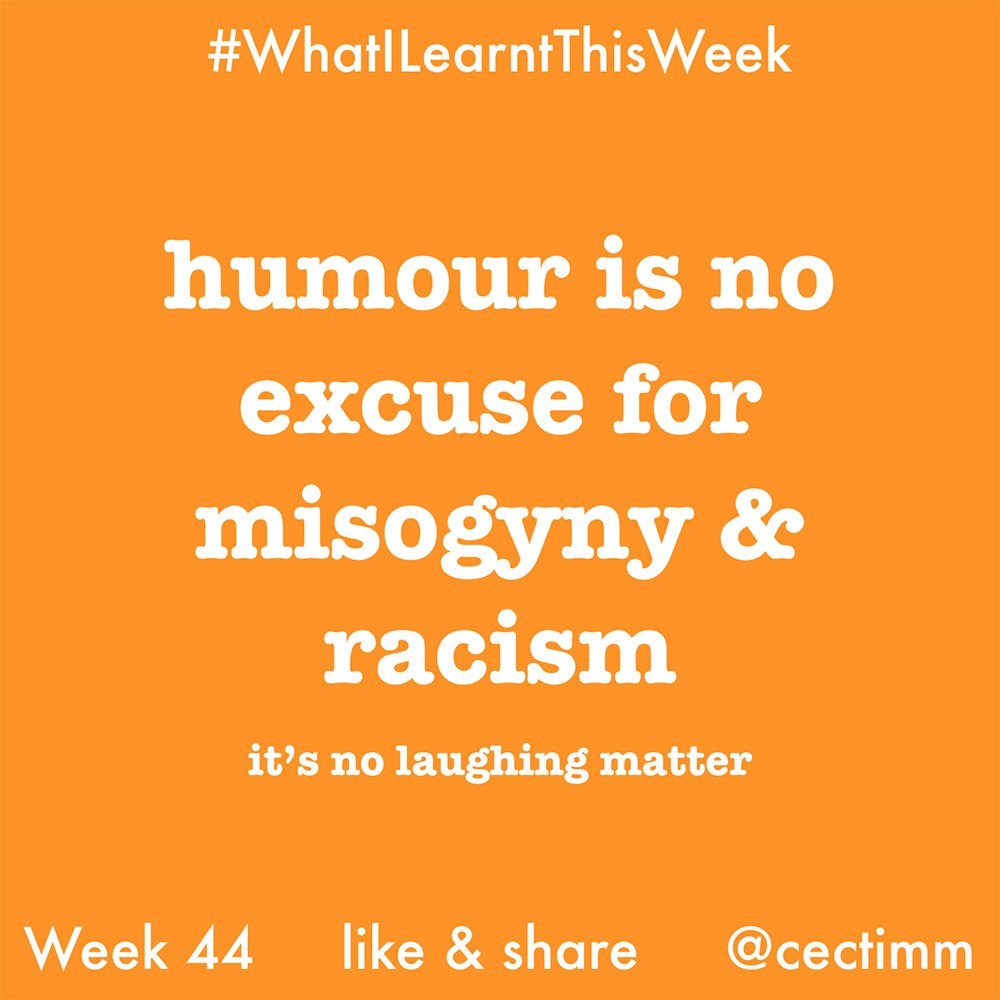 This might seem obvious to some but at the same time it seems to be oblivious to many.

There are so many horrible comments made every day and some cowards try to justify their words with “I was joking”.

If you offend someone, it’s not good enough to pretend to be joking. If you are joking and you are offending people, then you have to reassess what you think is funny.

I have been in MANY work and social situations where horribly sexist things have been said… if I react in any way I am usually greeted with a sad sigh and a comeback along the lines of “I’m joking, relax”. If no one calls people out for their sexist, racist and hateful jokes then they will never learn that they are hurting people. The majority of people who are offended will say nothing, maybe offer up an awkward chuckle and move on. This does little to discourage the behaviour and the ‘joke teller’ will continue with their hurtful jokes and will encourage others to join them.

As someone who is a white Australian I am not on the receiving end of many racist jokes – however, that doesn’t exclude me from hearing them. They are more often said away from the culture they disparage rather than in front of them… another cowardly move.

Laughing at minorities contributes to the normalisation of prejudice. Accepting and laughing along is telling everyone in the room that the views expressed in that joke are acceptable and this can lead to more professions of hatred and bigotry.

We all use humor to diffuse awkward situations and break down barriers but this can be either a positive or a negative thing.

The next time you think you’re the standup comic of your group, check your privilege and see if you can be funny without having to disparage a gender or a culture. Just saying.